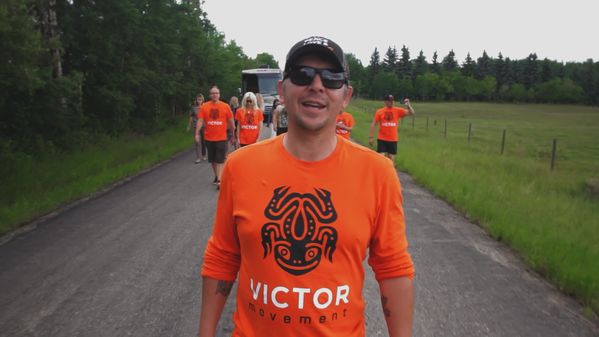 "Profiles in courage, sure to resonate with fellow survivors."

The documentary, aptly titled “Victor Walk”, will be screened in accompaniment with this year’s walk, which runs from July 18 - 22 across Saskatchewan. CBC will also broadcast the full Victor Walk Documentary starting this August. Keep an eye out for dates... Outspeak recently sat down with Lynch to discuss the documentary, the process of shooting, and Fleury’s dream to create more “victors” - Huffinton Post

“"Most incredible, amazing experience of my life. People were pulling up in their cars on the side of the road and getting out and telling us their stories and it was just unbelievable.” ~ Theo Fleury"

"Victor Walk is one of the rare movies that speaks directly to adults, who have had to hide their shame for decades. Victor Walk will educate, inspire and move you to action." - Secret City Geek Lab

Director Michael Lynch’s new documentary, “Victor Walk” is a heartbreaking and eye-opening film that follows Stanley Cup champion, Theo Fleury through Canada as he crosses the country on foot over ten days in an effort to bring awareness to child sexual abuse...Fleury pulls this unspeakable epidemic out of the shadows - discussing his own personal experience while simultaneously helping other survivors along the way begin their own healing process. With “Victor Walk”, Lynch and Fleury have created an encouraging and powerful message of hope, and a film that is sure to resonate with worldwide audiences." - Examiner 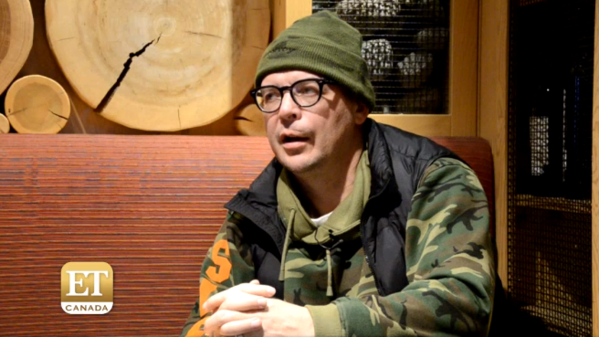 But now the best-selling author is using his celebrity to raise awareness about child abuse, bring stronger laws against abusers and to create more help centres for survivors. He’s doing so with his new documentary “Victor Walk” and revealed the moment that set his life on a new course in a sit-down interview with ET Canada at the Whistler Film Festival: “We’re only as sick as our secrets and I had a lot of secrets. I was sick: emotionally, physically, spiritually sick.”

" “Victor Walk” is a straight forward and eye opening documentary about the life of a famous Canadian, Theo Fleury, who is the film’s executive producer/narrator/song writer. Theo is a former NHL All-Star, Stanley Cup winner and Olympic Gold Medalist...“Victor Walk” is an inspiring documentary...A great film for a great cause." - SydneysBuzz

"Documentary 'Victor Walk,' directed by Michael David Lynch, chronicles Theoren Fleury's ten day walk from Toronto to Ottawa to celebrate his journey from victim to victor..."The movie in my head, about the dark room where I was abused, has stopped playing, and has been replaced with this documentary," Fleury says. He adds his role today is advocating for child sexual abuse victims, promoting healing among survivors and campaigning for stiffer laws against predators." - Hollywood Reporter

“Theo Fleury is a true hero for being brave enough to share his story and advocate for victims of sexual abuse and change,” said WFF Director of Programming, Paul Gratton. ”VICTOR WALK is a testament to his story, and given recent events that make Theo Fleury’s concerns about inadequate legal punishment all too relevant, we expect this film to reignite the debate.” - Vimooz

"This Doc is about this walk along Highway 7 from Toronto to Ottawa to draw attention to the victims of sexual abuse. It was put together by ex-NHL star Theo Fleury who was assaulted by one of his junior hockey coaches. Theo is coming to the fest and he has an axe to grind with the statistics of how many women and men are abused. The stats are astounding and Theo really empowers people. What makes it timely is his old coach was convicted of a bunch of crimes and he got out last month after just one year of jail time." - Snowboarding.com

"Former NHL hockey player Theo Fleury is in Whistler to receive the first Humanitarian Award at Whistler Film Festival and for the screening of the documentary Victor Walk directed by Michael David Lynch. Victor Walk will play at the Squamish Lil'Wat Cultural Centre in Whistler at 3pm December 2nd." - MountainFM Whistler  192.

"Who wants some good old fashioned NHL talk with legend Theo Fleury? This is the podcast for you." - The Jay and Dan Show

The Charles Adler Show had Theo Fleury on to discuss upcoming feature documentary that is world premiering in LA June 7th.

The Charles Adler Tonight had Theo Fleury on to discuss upcoming feature documentary that is Canadian premiere in Whistler December 1st.

The Charles Adler show had Director Michael Lynch on to discuss upcoming feature documentary that is world premiering in LA June 7th.

"Michael Lynch flawlessly captures an important story in a time where an epidemic has run rampant not only in Canada but all over the world. And as heartbreaking as it is to hear those stories of abuse, at the very core of this impactful and emotionally charged documentary is a story of healing and empowerment. Speaking from experience, this film sticks with you. And as well it should! It should provoke thought and incite discussion. And there isn't even a single shred of doubt that this film will achieve just that." - Dark Comedy Productions

Tune in to 'Facebook Live' via The 7 Minute Hockey Show FB page - Talk to Theo with us!

"Jay and Dan teach you how to protect your password, break down some of Trumps' sports errors, and are joined by former NHL great, Theo Flurry!" - Fox Sports Live with Jay and Dan

"This is my shortest Inappropriate Earl but probably the most meaningful with NHL legend Theo Fleury and his horrifying but yet triumphant tale of his sex abuse. Please follow him on Twitter/instagram @TheoFleury14 as well as www.victorwalkdoc.com and www.theofleury14.com He is quite simply an amazing person who's out for justice and victim's rights of sex abuse." - Inappropriate Earl

"Lynch showcases his versatility with his documentary Victor Walk and the romantic comedy Dependent’s Day. Both features are spotlighted on the Dances With Films Festival...below is my full interview with Michael David Lynch, as he talked about his life changing journey with Victor Walk. We also touched a bit on Dependent’s Day and his his love for filmmaking:" - Deepest Dream

Behind The Lens Radio Show

"Writer/Director MICHAEL DAVID LYNCH returns to BEHIND THE LENS, this time with his first documentary VICTOR WALK, which has its world premiere at Dances With Films next week. An inspirational and eye-opening look at former Calgary Flames superstar Theo Fleury and his fight for childhood sexual abuse awareness and stronger government laws set against his “Victor Walk”."

Episode 46 "The Gentlemen's Dojo" comedians Steve Byrne & Gary Cannon welcome NHL legend and star of the new documentary film "Victor Walk" Theo Fleury. Discussed are Mr. Fleury's career, his country music band, his book "Playing w Fire" and his new documentary "Victor Walk" which details and brings to light the not only his own but sexual abuse of children all across the world. If he was an idol of yours before as an athlete, he will be a hero to you after this podcast.

"Stanley Cup winner, NHL star, and bestselling author Theo Fleury is open to new challenges, and the documentary Victor Walk chronicles his 10-day journey from Toronto to Ottawa. Directed by Michael David Lynch, the picture spotlights the stories of survivors of child sex abuse, and their tales of tragedy and ultimate survival serve as the documentary’s heart and soul." - Hollywood Outbreak

"Both heartbreaking and uplifting, “Victor Walk” proves that Fleury accomplished all that and more as he encounters people across Canada baring their stories and their pain to the least-likely of people: a sports hero." - Made In Hollywood

"He talks about his childhood, his hockey career, getting sober and his post-career mission of raising awareness and trying to change outdated sentencing laws that allow sexual predators to continue to abuse in Canada, especially the new documentary about it, Victor Walk." - Paul Gilmartin